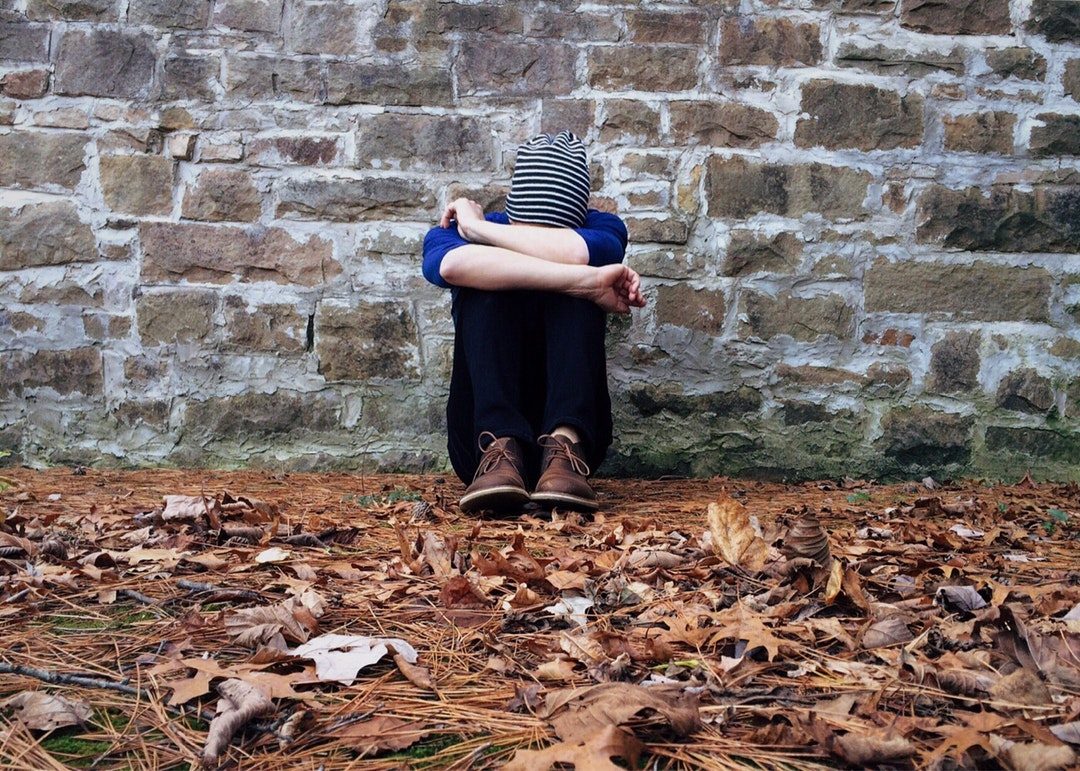 Greetings my friend. Thanks for stopping by. Today I’d like to discuss a topic that is on the minds and in the hearts of millions of people in the United States and around the world. This is a medical condition that we are all aware of, which is Major Depression. Millions of people are currently diagnosed with depression and millions more are unaware that they may show signs of depression. They may think it’s normal and therefore not take any action to get evaluated for major depression. This is national health issue that is often stigmatized and oftentimes misunderstood. There is a lot of misinformation out there about depression, therefore, let’s take a dive in and look at what depression really is.

So, what is Depression? Depression can be broken down into 3 main parts:

1) Depressed mood. They show signs of sadness, loss of appetite, feeling hopeless, discouraged at life and life circumstances, feeling like they are “down in the dumps,” feelings of “blahness.” Also, a person may have feelings of irritability and anxiousness in certain circumstances.

2) Lack of interest in pleasure. This is when a person losses interest in activities they previously found pleasure in such as events, hobbies, and other interesting-to-them activities. A person will feel like the things that previously interested them don’t matter anymore and are not drawn to or attracted to them anymore. This lack of interest or lack of pleasure can result in a decreased interest in connecting with friends, family, spouses, or interests in the job, oftentimes resulting in withdrawal from social situations. Many people will also have a lower sexual drive when they are depressed, having a low libido because their entire body is in a state of depression.

3) Change in Weight or Appetite.  A depressed mind causes a lack of desire to move towards a direction and striving to achieve a task or goal. This depressed or low energy state of mind can result in a significant change in eating habits where a person either has no appetite and they notice a change in weight or they start to eat more foods than they usually would because they have lost a sense of control in their eating habits. A person may eat less or end up eating outside of their normal diet, such as having increased cravings for junk food and carbohydrates (sugary foods). A loss of control in eating habits can result in either significant weight gain or weight loss that is noticeable over a period of time (like over a month). A significant weight gain or weight loss may be a 5% change in body weight. For Example: a 160 lb person X 5% = 8 pounds weight loss or weight gain over the course of a month (can be over a shorter or greater time).

4) Loss of Energy or Fatigue. A depressed person will generally shows sign and symptoms of fatigue and low energy. This usually is seen as someone looking and feeling listless (lacking energy or enthusiasm), exhaustion, low mental drive, the need to rest during the day. Some people also feel a heaviness in their arms and legs. In addition, many people who have low energy due to depression will have a difficult time starting an activity or completing tasks and goals.

5) Disturbances in Sleep. One of the major symptoms of depressions is changes in sleeping habits. This is known as insomnia, which is the inability to have a restful sleep-wake cycle. With depression, insomnia can be found in the 3 major areas during sleep. These 3 areas are: starting, maintaining, and ending the sleep cycle. Depression leads to changes in these 3 main areas of sleeping:

In addition, a depressed person can also sleep too much. Depression is a depressed and low energy state of the body. The body doesn’t seem to sleep restfully and a depressed person may end up sleeping longer than usual. This sleeping-in occurs often because someone just doesn’t see the “point in getting up” and getting on with their day and life in general. They seem to have lost the drive for living life and focus. They’ll stay in bed, sometimes remain there half-asleep and end up getting up very late. This seems to be a recurring cycle. When they do get up, they still feel tired and have low mental and physical stamina.

6) Memory Loss. Depression leads to forgetfulness and lapses in memory. A person forgets important things in their social and life circles and misses events they would normally go to. A low energy state of the mind generally results in focusing on the negative sides of life, which translates into a focus on negative things in general. Since the human mind is preoccupied with the negative and low energy state of the mind, other things (such as events, people, etc.) are tuned out of the mind and not “remembered or thought about.”

How Common is Depression?

Depression can occur for a short period of time and can stay for months and years. But how often is it and who gets depressed? The specific statistics on depression are not known, however, it’s believed that about 16.2% of the US population has had Major Depressive Disorder (MDD) sometime within their lifetime. About 6.6% of people have had major depression within the last 12 months of their life.

Major Depressive Disorder – severe depression that can be debilitating, impair life functioning, and last for months and years.

Depression can occur at any age. It can start with children and end up in the elderly. Millions of elderly people have depression, sometimes even major depressive disorder. Oftentimes, depression in the elderly can be associated with them having other medical conditions as well (called comorbidities). In fact, in people between the age of 65-80, 20.4% of women and 9.6% of men have major depression (not just mild depression).

Adolescents are at a high risk for depression. Major depression in adolescent children (12-18 years of age) is associated with substance abuse, suicide attempts, and death during those early adolescent years.

The human mind is the series of electrical connections of neurons that connect the various pieces of the human brain in order for them to perform their designated work. The human mind consists of the neuron network of electrical charges that powers the various parts of the brain and makes them work together to perform a function (ex. think thought, feel emotions, move the hands or feet, etc).

The “cognitive” part of Neurocognitive are the various parts of the brain that are connected to each other when they talk to each other. In other words:

Cognition = the various parts of the brain “talking” to each other in order to do a certain thing, such as move an arm or a leg, or thinking a thought, either consciously or subconsciously.

The main problem that occurs with depression is that the neurons in the human mind are not working at optimal efficiency because the entire mind is in a low energy state. Since the human mind controls the human body, the human mind will “show its state” within the body. When a person has a more severe form of depression, these sign and symptoms in the body are seen as problems with:

A person with depression may also have issues with body movements. These are seen as either agitation or retardation of body movements. With agitation, a person may be restless and fidgety, doing nonproductive and useless repetitive movements while having a feeling of anxiety and tension inside.

On the other hand, someone may experiences a slowing down of body movements such as slower speech, body movements, or slower thinking.  They may not be very talkative, and when they are, the speech is usually more quiet and timid and appears to lack confidence. They may have a difficult time answering questions.

The psychomotor problems associated with depression are less common in other forms of depression, usually showing up when someone has Major Depression.

The Spectrum of Depression

Figure 2 – The Spectrum of Depression

Signs of Depression – the things you can physically see such as low energy, looking down, looking sad, moving slower, etc.

Symptoms of Depression – the things you can’t really see but “feel” inside. These are things such as negative thoughts, feeling down, mentally exhausted, maybe feel anxiety, etc.

There are many forms of major depression, and they are broken down into their various parts. The following is a list of the various known parts of major depression disorder, as defined by the DSM-5, which is the diagnostic manual for psychiatric illnesses. We won’t go into detail about these various types of depressive disorders as we’ll do this in later articles. We’re focusing on the main parts of depression in this article.

Persons with mixed features of depression have a sense of mania or hypomania that is associated with their depression. Hypomania is a less severe form of mania.

8. Seasonal – depression that occurs during a specific period of time

9. Psychotic – this is depression plus persistent and more severe form of symptoms such as hallucinations and delusions.

Other Conditions that Commonly Go Along With Depression

In addition, it was found that within a 12 month period, about

have had major depression. This translates into millions of people in the US and many more worldwide that have major depression in addition to a psychiatric illness or medical condition.

In future articles, I’ll go into more detail about how depression works and how a person can learn to overcome depression by learning about what actually causes depression (the nuts and bolts, beyond what we talked about in this article) and how it can be alleviated through simple strategies.

As a medical provider, I would encourage you to NEVER discontinue a medication prescribed by your doctor for depression or any other psychiatric illness because that can cause a tremendous problem such as withdrawal symptoms, even lead to suicidal thoughts or suicide attempts. Before starting, discontinuing, or modifying the dose of any medication, always consult your doctor first before considering this.

I hope you’ve enjoyed this article. I take great pleasure in sharing my knowledge with you and hope this article on depression has answered a few questions you’ve had in mind. If you have questions or comments about depression, please post them below this article in the comments section below. I’ll read them. The more questions I get about a particular topic, the more likely I’ll write another article that will help answer your questions. Looking forward to connecting you in the next health and wellness topic. Be great my friend 🙂 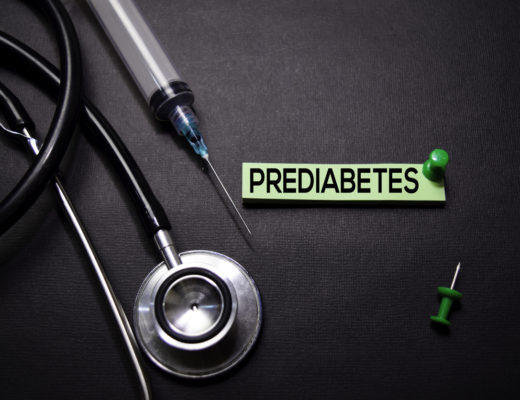 Sergey is a pharmacist who is passionate about teaching health and wellness topics! 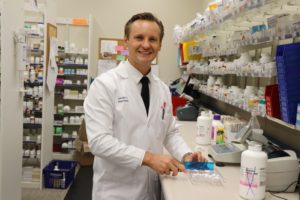 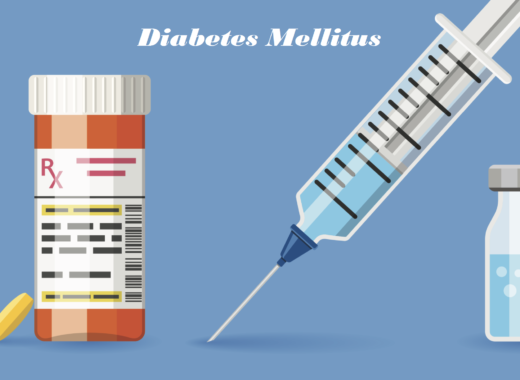 An Introduction to Diabetes Management in the 20th and 21st Centuries 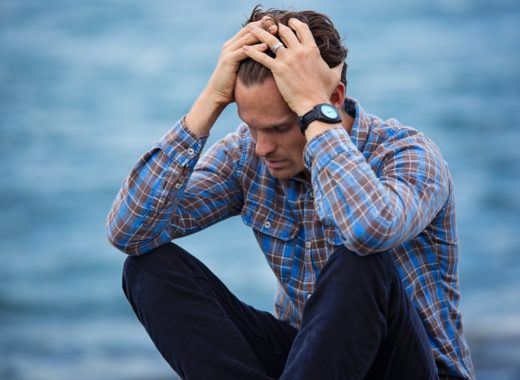 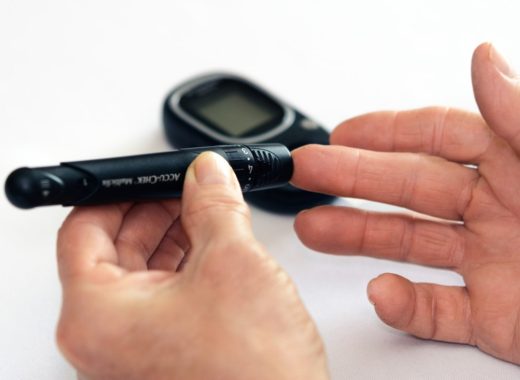 A History of Diabetes – An Overview

This website uses cookies to improve your experience while you navigate through the website. Out of these cookies, the cookies that are categorized as necessary are stored on your browser as they are essential for the working of basic functionalities of the website. We also use third-party cookies that help us analyze and understand how you use this website. These cookies will be stored in your browser only with your consent. You also have the option to opt-out of these cookies. But opting out of some of these cookies may have an effect on your browsing experience.
Necessary Always Enabled
Necessary cookies are absolutely essential for the website to function properly. This category only includes cookies that ensures basic functionalities and security features of the website. These cookies do not store any personal information.
Non-necessary
Any cookies that may not be particularly necessary for the website to function and is used specifically to collect user personal data via analytics, ads, other embedded contents are termed as non-necessary cookies. It is mandatory to procure user consent prior to running these cookies on your website.
SAVE & ACCEPT